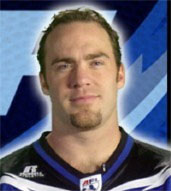 A Passion for Football

Quarterback Coach Chris Hixson has a passion for the QB position that has driven him to become the leading expert in Quarterback Bio Mechanics. Chris is the owner and lead coach for “The Passing Academy” and he has over 30 plus years of football experience, most of those years at the position of Quarterback. Chris is an absolute expert on being a technician of fundamentals, throwing technique, footwork and teaching the game of football to anyone on any level! His obsession with exactly how the QB position works allowed him to write 2 books on the position. He will teach you how to be a better quarterback!

In 1993, Chris Hixson finished his high school career with a completion percentage of 82%, of which the team was named “The Best Team In Washington State History.” Chris selected The University of Rhode Island for the fantastic opportunity of starting all 4 years. His college career was highlighted by a number of school records, notably throwing for 8,574 yards. Chris earned many weekly and season Yankee Conference and Eastern Athletic Conference Association awards as well. His highest honor was being awarded the Golden Helmet, an extremely coveted achievement that so few receive. In 1995, Chris led his team to 6 last-minute drives to victory.

After being on the short list for 8 NFL teams, the Arena Football League was Chris’ next stop. This league teaches unbelievably good characteristics for the position of Quarterback, mostly because the game requires throwing the football almost every down. His team went to the Arena Bowl twice in his AFL career.